Image of the Invisible God 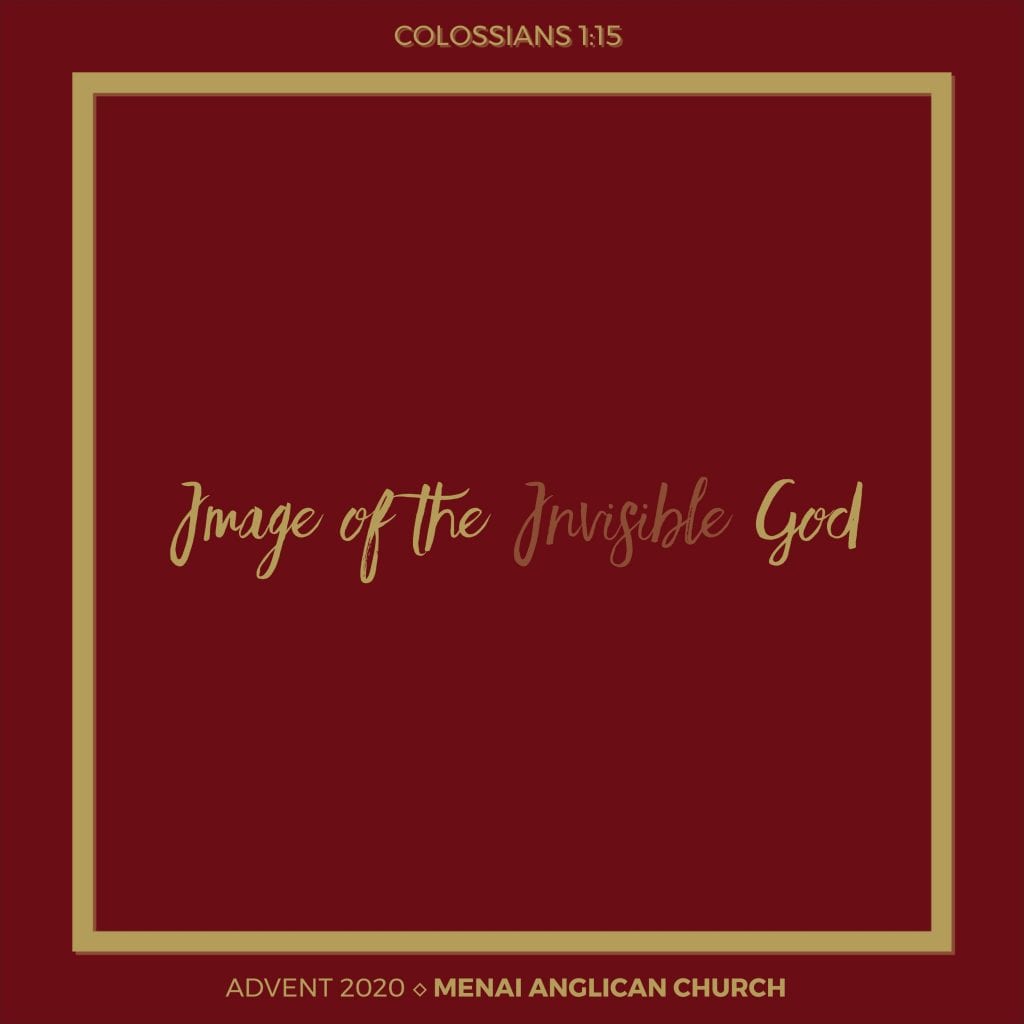 IMAGE OF THE INVISIBLE GOD

“The Son is the image of the invisible God, the firstborn over all creation.”
Col 1:15

An image is something we’re all familiar with. In the age of smartphones and social media, many of us take pictures of things everyday – our kids, our pets, our faces – as we strive to capture the essence of a moment. An image encapsulates the nature of something; it demonstrates to the viewer what that moment, that person, that landscape was truly like.

The Bible speaks of Jesus as “the image of the invisible God, the firstborn over all creation” (Colossians 1:15). Jesus is the picture of what God is truly like. We have been given an image of God in the life, death and resurrection of Jesus. When Jesus came to earth on that first Christmas, as he grew and lived and as he died and rose again, he showed the world what God was like. Not a far off, unkind God that ran the world from a distance, but a God that came and dwelt with his people, stepped into the mess and suffering of this world, and made himself known to his people. A God that is so filled with love for the world that he would be willing to die in their place on the cross.

“If I could just see God, then I’d believe”. It’s a statement you might have heard or even said yourself before, but would we believe? We can think of God as this supernatural force, unable to be seen and known, but Jesus came to earth to show us who God is. He is the image of the invisible God, the one who shows us that God is in fact loving, merciful, kind, just, forgiving, powerful and gracious.

We have been given an image of God in Jesus so that God is no longer invisible. We can see who God is because of Jesus. Have you seen him? Do you know this Jesus? This Christmas, come and see him and get to know the One who would come into the world so that you can know God and have life.